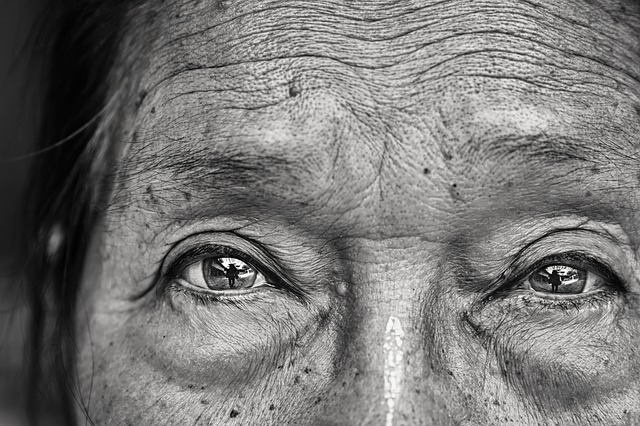 A recent study published in the journal Scientific Reports, by Nature, reveals a technique applied with mathematical modeling that could detect the presence of neurodegenerative diseases, such as Alzheimer’s, before their most characteristic symptoms appear.

Both Alzheimer’s, as well as other neurodegenerative diseases, are very difficult to diagnose early. However, a group of Chilean researchers conducted a study that could provide an innovative way to investigate this disease through the eyes. Especially, through the electrical signals generated in the retina before different visual stimuli.

The article was recently published in the journal Nature’s Scientific Reports. There, this group of health professionals and engineers, made up of Joaquín Araya-Arriagada; Sebastian Garay; Cristobal Rojas; Claudia Duran-Aniotz, Adrian Palacios; Max Chacón and Leonel Medina, managed to demonstrate through mathematical modeling a relationship between the function of electrical activity and the early presence of this type of dementia that affects about 35 million people on the planet, according to the World Health Organization. Health.

“What we do in this study is to mathematically model a concept that exists in physiology, called “complexity”. The idea is that the complexity of a brain decreases, either with age or with disease. And, on the contrary, as long as it works well, high rates of complexity will be shown”, says Cristóbal Rojas, one of the researchers of this study and professor at the Institute of Mathematical and Computational Engineering of the Pontifical Catholic University of Chile (IMC).

According to Rojas, who is also a doctor in Mathematics and Computer Science, “complexity” is difficult to capture or measure mathematically. However, there are some signs or traces left by this complexity that can be measured. “What we do is use or adapt a tool, based on the notion of entropy, which does not precisely measure this complexity, but rather measures the level of disorder in general. There are multiple parts that come together at different scales to determine this complex behavior,” he explains.

In this context, in this particular work it was possible to measure these parameters for two groups of rats: one genetically modified to develop the disease, and the other half healthy. Both groups were shown different visual stimuli, such as lights at different intensities and a first-person video walking through a forest, in order to measure the electrical activity in the retina. “That electrical activity, over time, draws a pattern that we apply an entropy measurement to that allows us to estimate the complexity levels,” Rojas details.

This complexity, in itself, is the way in which the electrical communication between neurons is organized. Then, and as detailed by the academic, when making this visual stimulus the neuron reacts and works in a certain way, they connect and emit electrical signals with each other.

Alzheimer’s through the eyes
“What we observed is that mice, both older and those with Alzheimer’s disease, show a lower degree of complexity than young, healthy mice. So, at least we were able to find evidence that this tool could be used to distinguish these two groups and make an early diagnosis”, describes the researcher of this study. This, according to Rojas, is evidence of a potential method to diagnose the presence of this type of dementia early, before its most characteristic symptoms appear.

Cristóbal Rojas, one of the researchers of this study and professor at the Institute of Mathematical and Computational Engineering of the Catholic University (IMC).
Alzheimer’s, which accounts for nearly 70% of all types of dementia, develops and worsens over time, with symptoms appearing several years after neurodegeneration began to occur. “This study detects the decrease in complexity that would appear early. A little after the retina begins to have the presence of the ‘Tau protein’, which manifests itself when Alzheimer’s begins to develop. It is not a prediction of the disease, but rather it is a much earlier diagnosis than can be analyzed through the symptoms”, adds the researcher from the Catholic University.

There are still many studies to be carried out to apply this type of procedure in humans, explains Cristóbal Rojas. To have a good projection in this research, humans would have to be in front of these visual stimuli for a certain time, in order to have a pattern of electrical activity in the retina of people. “In this way, the ranges considered as “normal” or sick, at a certain age, could be established. But for that, it is necessary to understand well the evolution of the pattern of complexity over time”, concludes the Chilean scientist.

ABOUT US
Newspaper is your news, entertainment, music fashion website. We provide you with the latest breaking news and videos straight from the entertainment industry.
Contact us: [email protected]
FOLLOW US
© Healthymega Theme by SomosVisión
MORE STORIES